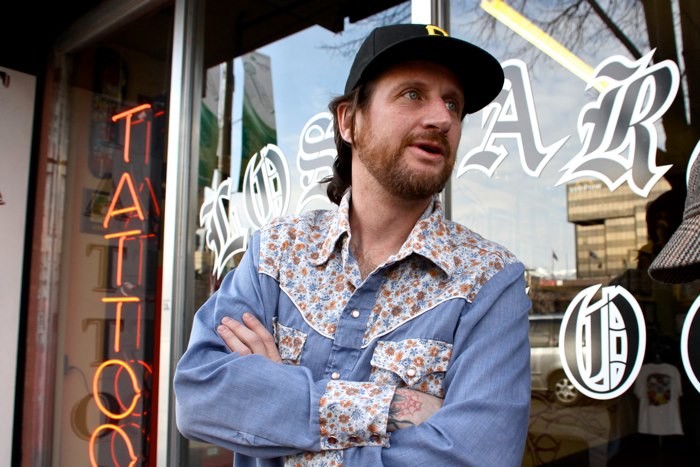 CJ the DJ as he was known in the 90’s when he spun records and CDs at the Metro and other places around Richmond. Now you may know him as DJ Curtis Strange if you know him at all. CJ split Richmond in 1995 for the promised land of Utah where he is involved in the world of Tattoo arts at Lost Art Tattoo in Salt Lake City and has published a book of Tattoo Art on Skateboards called Board to Lose as well as a badass deck of Tarot cards, each illustrated by a different Tattoo artist both available from CJ through Flaco World Productions. For the last few years he’s been an organizer and promoter of the Richmond Tattoo Arts Festival. For me though, he will always be the guy who ushered me into the 90s world of music and culture with his voracious appetite for music and all that was cool. We had us an old fashioned pre party posse at the Marriot downtown recorded for posterity.
iTunes